The tragedy of the Titanic is an unusual source for musical theatre and perhaps that is why this piece remains relatively unknown. 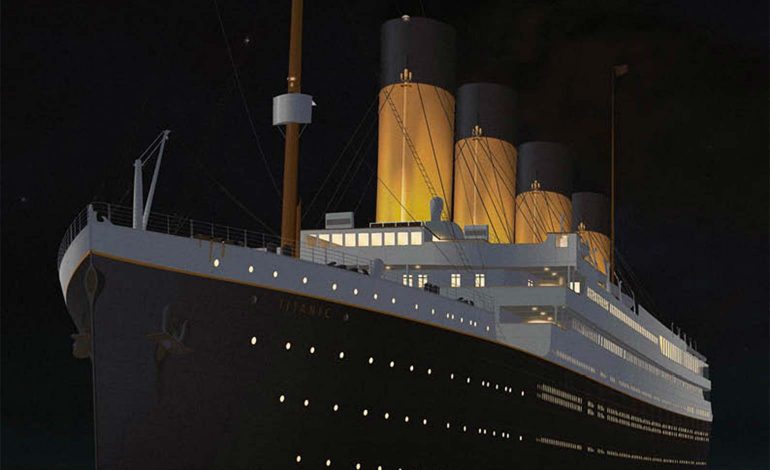 However, the epic orchestral and vocal score allows for some outstanding choral singing. The full-bodied harmonies provide an emotional intensity to proceedings that dialogue would simply not fulfil.

Under the excellent musical direction from Roy Page, the orchestra and young company find their way through the score with relative ease.

Following the fateful maiden voyage of The Titanic, we meet various passengers. Some are travelling to America for pleasure and others with the hope and optimism of new beginnings.

Alongside this is the battle for supremacy on the water which is at odds with passenger safety and ultimately compromises those in charge.

The large company fit well onto the set designed by Scott Rogers and atmospherically lit by Luke John Emmett.

The reveal of the lower levels once at sea is both impressive and perfectly timed providing ample space for the episodic scenes to flow with ease.

Many of the cast multi-role in this challenging production. The era is caught with style by costumes and hair.

The choreography by Delia Lee and Julie Dallimore allows a lively break from the narrative and the entire company are clearly engaged and committed to the story telling.

This is a good production reflecting the depth of talent in this youth company, the scrolling names of those who perished is a sobering reminder of the folly of greed and ambition.